Because of the future nothing is forever, we live in an ever changing world. We hear this all the time but how often does that fact actually slap you in the face?

I’ve been very lucky in my photography career in that constant change has been the order of the game. I started when film was king, three formats required to cover all the needs of the imaging world, 5×4 for studio, Two and a quarter square for commercial and industrial and 35mm for event work.

Today we have digital with file sizes large enough for most needs that you can even correct distortions like converging verticals from both studio or architectural work in post production. What will be the file sizes in the future?

Colour correction is now possible to do either in camera or again post production and lighting equipment can now be continuous source daylight balanced with LED equipment. File sizes from 35mm style cameras are big enough for most commercial uses these days so most photographers only have the one format these days. The changes haven’t stopped coming and post production and retouching has reached such a height that anything is possible in the future, not only in stills but in video too. 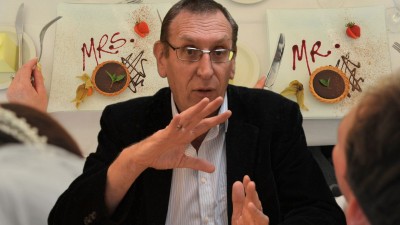 A still pulled from video.

So how are people adapting to new technologies? Not a problem for those being brought up with it as the norm now, it is their normal but for the older generation it’s much harder and of course always has been.

I remember my dear old dad never mastered the video tape recorder and the mobile phone was never understood to be anything more than a phone without connections to a base unit. It’s almost as if at a certain point in your life you give up on trying to keep up and start craving a simpler way forward. Just the same way you learn at about the age of 40 that slippers are a good thing and realise you haven’t heard of the artist who is top of the music charts

Change can be good but it does erode old skills. Take for example the Victorian occupation of Gas lamp lighter – not a lot of call for them now. In the same way the scope of work that is now covered by professional photographers has diminished greatly. Take for example Progress recording on construction sites. An area of photography that used to be quite lucrative as well as much in demand. Now hardly ever commissioned as the site manager can easily record on a daily basis shots as required. Generally not as well, but the savings out weigh the quality reductions.

So what is the future of photography as a profession? My suggestion here is that with the merging of the technologies of video and stills we will eventually just have an electronic imager as a profession. The chip sizes and file capture sizes are growing so fast that it’s already possible to pull a still frame out of video footage that is of sufficient quality to print to most basic sizes required.

So if you are thinking of making photography your profession you might be best served with doing courses in video production and editing because it won’t be many years till the still will always come from video shot. The cameras are already capable of shooting both!