Digital Post Production is now a normal part of everyday work for a professional photographer.Being a photographer I often get asked to photograph some interesting things and last week was no exception. The brief this time was to photograph a VW Beetle and three VW Camper vans that had been restored for hire for weddings and events. There would be difficulties that I wasn’t aware of immediatly though.

I arrived to meet the client at the garage fully expecting to follow the cars to the venue where we were going to be shooting them. But things didn’t pan out quite as I’d expected. First only the client and I were there and second I was requested to drive one of the vehicles to the location to save time. Only two of the vehicles out of four were ready too so it was suggested we just picture the two and we could do the other two later.

Always up for a new experience I happily, though a bit warily jumped into the VX Beetle to drive the 10 miles to our agreed shoot location. Now bear in mind I’m not a young man and the age of this XW was 1978, an age when I was already on the road and happily driving things like a Morris Marina 1.3 or a Chrysler Alpine. So driving this car should not have come as any shock to me.

How wrong could I be! How the memory deceives. Firstly with the top down the Beetle had absolutely no rear view via the mirror. The wing mirrors were useless because they vibrated away from a sensible rear view. The pedals had a low accelerator and then a brake and clutch about 9 inches higher. The gear box had the movement of a tennis players swing and of course it worked best in you knew how to double declutch. If you don’t know what that is have a look here.

Steering had no power assist which means you actually need momentum to start turning the wheel unless you are related to Popeye. I’d left my spinach at home so wasn’t having a successful outing. You could feel every bump or joint in the road moving the tyres about.

To sum up the drive to the venue completely destroyed any romantic ideas I had about owning an old vehicle. The best bit was the first time I came to brake. One doesn’t realize the finesse we now operate a brake pedal with on modern cars, servo assisted disc brakes require but a minimum of pressure to apply a good deal of stopping power. Old drum brakes require the pressure of both feet and a position wedging yourself against anything solid, much in the style of Fred Flintsone.

We arrived at the location safely but more by luck than judgment as we were using back country lanes, I dread to think what would have happened if we had needed to do an emergency stop.

While I set up the first shot the client moved the Beetle into position commenting that the VW drove much better than the camper van, I really can’t imagine how bad that might be.

As the sweat of fear slowly dried I got on with the job, things I knew how to handle, lighting and getting good angles on the cars. The client spared no expense with food laid out to set dress the shots for the interiors of the Camper van and was very enthusiastic to get the best from the shoot. But I knew there was digital post production work needed to acheive what I wanted from the shoot. 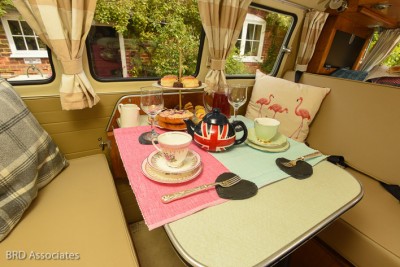 Several days later we returned to do the other two vehicles in detail. Luckily this time I didn’t have to drive one of the camper vans as the location was on this occasion was only a few miles from the garage. To be honest I doubt I could have actually driven one anyway. Being 6ft 3inches I had a hard job getting my legs under the steering wheel without having to raise them to get to the clutch or brake!

The second shoot progressed well with some good locations and I’d shot a location I thought acceptable for the 4 car group shot so back at the range I set about the digital post production and a bit of cut out work. The client had no idea of was going to comp a background in with the group shot so was happily surprised and very pleased. Below is the first rough and the originals. 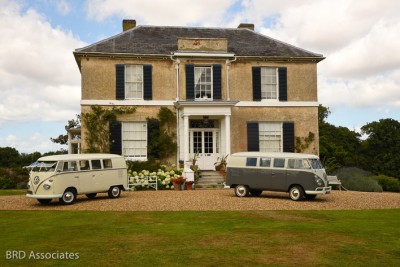 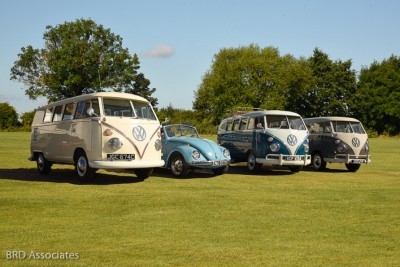 More work could always be done to improve some of the reflections in the side panels but this was likely to be used small as a banner header so that level of detail won’t be seen. Digital Post production even for a non specailist like myself is now possible so that anything is possible. I suspect if you didn’t know you might not have even guessed they were comped to a different background. They say the camera never lies – an old phrase that holds little truth today.