I’m an older generation photographer and I’m very lucky to have had a contract with NHS Blood and Transplant (NHSBT) for photography for near on 12 years now. It’s actually the second contract, which I have tendered and won with them, the first having been for 3-5 years which extended to 6 before the new contract kicked in.

To keep a large government organization like NHSBT satisfied for 12 years with changing fashions and styles I suppose is a compliment to my skills. And it has become oblivious over the years that what the organization like about my work is the social interaction I manage to capture in what many might consider difficult circumstances. All without causing a disturbance in the general running of the session. 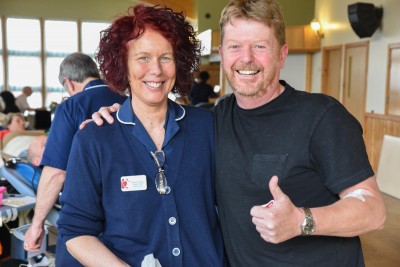 NHSBT run regular donor sessions where they collect blood from people for use in operations etc. They need to continually advertise for new donors from all sorts of ethnic backgrounds. They also want to attract the young to donate to replace those that are aging and can no longer give blood.

With this in mind there is always a continual need for fresh new pictures. These images need to show ease of giving blood, the friendliness of donor carers and funnily enough no needles! I seem to have developed from my extensive experience in event work an easy way with people that works well in these sort of situations. 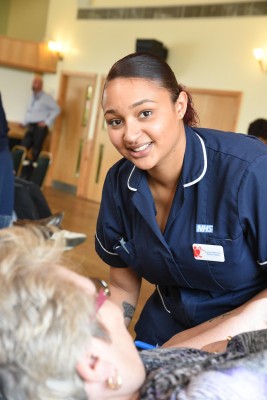 What you can’t control in a live event is what’s going to happen both when and where so the ability to second guess the likely chances of a shot becoming available is all down to experience. Not only the experience to have your camera ready and framed for the shot you want but also to have enough understanding of people to know when a likely interaction is going to produce a beneficial picture.

Getting these sort of shots isn’t so much luck as skill combined with perseverance and accumulated knowledge. Doing photography for more than 32 years as a professional has some advantages, doing some things almost becomes second nature. This could be anything from assessing lighting to knowing the best angle to get a shot from to capture branding and subject. 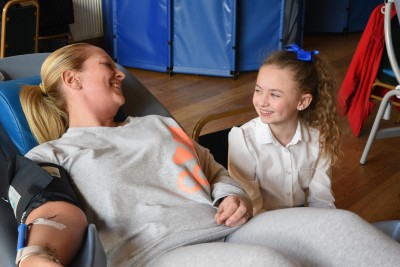 Older Photographers have experience that there is no replacement for. 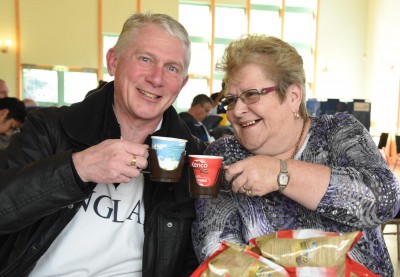 (All pictures taken from one session.)